The Bible of Illuminated Letters

The Bible of Illuminated Letters 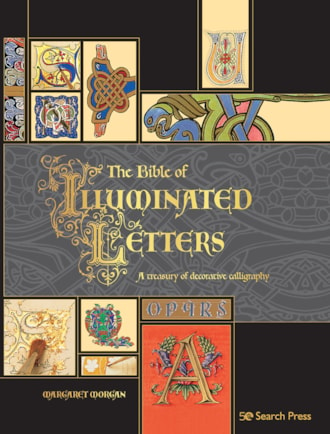 (plus postage)
please select your postage area
Add to Basket

The traditional art of Illumination - the creation of elaborate, decorated letters and initials - is now attracting new enthusiasts. It reached its apogee in the monasteries of medieval Europe and was practised with great skill and artistry. Embellished with gold leaf, the illuminated letters of those early scribes seemed to reflect light, as though they were indeed 'illuminated'.

Illuminated Letters presents step-by-step instructions for recreating illuminated alphabets from six historical periods, including Celtic, Gothic and Romanesque. Diagrams for upper- and lower-case letters are accompanied by ideas for borders and decorations, and full instructions for gilding. Each section also explores ways in which the illuminated letters can be adapted to create a truly personal style, while a gallery of modern examples will inspire further creativity.