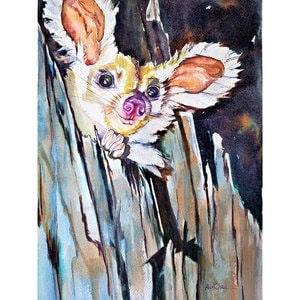 This year's Sketch for Survival exhibition opens at [email protected] on November 17, 2021, but the auction catalogue and opportunity to vote in the Leisure Painter People's Choice Award are available now.

Sketch for Survival is a global art initiative in aid of conservation, which we are proud to be associated with.

An annual collection of original artworks is donated by professional and celebrity artists.

The collection celebrates the beauty and colour of the natural world while also raising awareness about the threats facing it, including those posed by human activity.

Opening bids start from as little as £75 and all proceeds go to towards supporting Explorers Against Extinction Projects.

Sketch for Survival has so far donated over $250,000 USD to frontline conservation projects and has proved to be an effective way to raise awareness about a whole range of global issues, from the Illegal Wildlife Trade to Climate Change and habitat loss. More than 10,000 people visted the last exhibition tour.

Show your support for this great cause:

Image above right: As I Glide, watercolour, (30x42cm) by Alix O'Neil

The Explorers Against Extinction fundraising event, Beyond and Below, where the winner of The Artist Award will be announced, takes place at The Royal Geographical Society in London at 7pm on November 18. 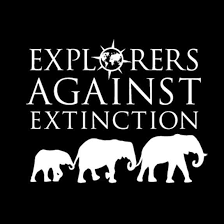 Headline Speaker, Philip Dalton has been making highly innovative wildlife documentaries for over 20 years. He has produced many award-winning programmes for the BBC, Discovery and PBS including, 'Penguins: Spy in the Huddle', ‘Polar Bears: Spy on the Ice’, Earthflight, Snow Bears and the highly popular ‘Spy in the Wild’ series.

Philip’s programmes have received awards from the Royal Television Society, BAFTA and EMMY. His work takes him and his team to some of the world's wildest and remotest locations in pursuit of extraordinary behaviour and animal stories.

Philip will talk about his time in the wild including the development of remote camera techniques, the challenges and joys of filming in the wild and the extraordinary results recorded by remote devices. Philip will be accompanied by a spy creature…