This article by Pamela Kay is taken from the December 1999 issue of Leisure Painter. Pamela still writes regularly for the magazine - click here to subscribe. 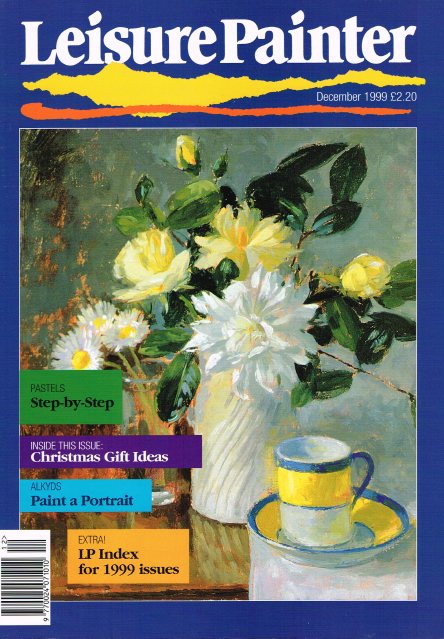 “What moves you to paint?” a friend of mine asked me once. “Usually, the phone bill”, I remember uttering, but this really isn’t true.  Her question made me think. Part of me knows that I have little say in the matter. Painting is like breathing and I feel ill when I don’t work. However, as anyone knows, there’s painting and painting.

What is it that moves you, inspires and urges you to paint? What is it that generates the feeling that will result in a painting that isn’t merely pedestrian, but says something and shows a more interesting view of what is ordinary or commonplace? It cannot be technique alone. Technique is a tool of the trade, the language of communication.  It is what is said in this language that is significant.

Painters need to learn their craft and there is no short-cut to understanding and practising the use of the building blocks that underpin the extraordinary process of making a picture – whatever the medium. There is also great comfort in the knowledge that you will never know all there is to know about the subject.

Once you have the tools of the trade, the ability and desire to practise, what next? There has to be an indefinable, intangible, magical reason that makes it all urgently necessary. The spark has to be there. If there is no quiver of excitement in the painter it won’t appear in the painting. So many paintings that have a brilliant technique are dead because the painter is self-absorbed in the skill of it. It becomes a sterile mirror of clinical self-satisfaction that gives away little to the viewer. It is an ungenerous attitude.

At the other extreme, the almost reticent approach of a visionary like Bonnard, for example, gives an excitement to the receptive viewer precisely because of its uncertainty. Humility on this scale succeeds because, paradoxically, it has an underlying sureness of draughtsmanship and an innate colour sense beyond compare. Precision can stunt vision, and photography, ill-used can kill. Precision of observation, however, should not be confused with precision of execution.  Bonnard’s painting could not be described as precisely executed, but his power of observation was extraordinarily precise. Iron-hard visual knowledge underpins every brushstroke. His handling is neither woolly nor approximate, it is deliberate and informed.

To take an approximation of a view or an object in a painting – to get near enough rather than attempt to take on the honest toil of carefully observed accuracy – is to lose the edge, to miss small but telling subtleties that will lift a pedestrian effort out of the ordinary. It is only by seeing for yourself the slightest change of surface or direction and then putting it down accurately – even if broadly, but nevertheless better than the last time – that the eye becomes sufficiently sharpened to notice the unusual, the unexpected, that will lead on to the next painting.

The effort that this entails is the means by which the work will progress, and personal standards gradually rise. This is the reward, and paintings should reward everyone concerned, painter and viewer alike. 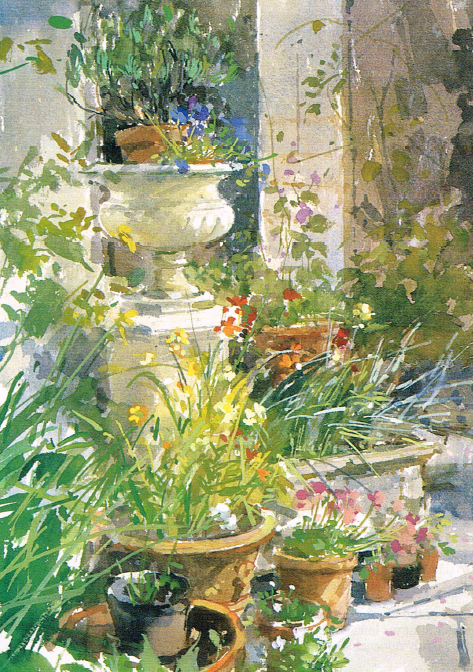 It need not be a complete process. I find great delight in the simple view of everyday things:  glass, china, linen, flowers.  For me they possess a kind of magic.  A visual magic that can trigger a painting can come in many forms, but it is not simply a sleight of hand.  Light that cuts a dramatic swathe across a landscape, or illuminates an interior, or sparkles on the side of a glass of water, can be the starting block for a marathon.

The small watercolour of the Spring Garden (above) was jolted into life by the first shaft of uncertain spring sunlight in April. Rapid painting of the last leggy wallflowers and skeins of leaves of narcissus, the results of not particularly conscientious gardening, made for an urgent and interesting painting. The speed of the fleeting light and the visual delight of it all were what I most wanted to pass on.

The suddenly-seen saturation and strength of colour in Sunflowers in a Glass Jug (below) started this watercolour. Placed by chance on a white tabletop against a yellow wall, the colours sang. Although seen and painted in artificial light, the cast shadows were distinctly violet, giving even more life to the yellows of the wall and the slightly more orange-yellow of the sunflower. A small purple convolvulus, the sharp green of leaves and the glass jug added to the excitement that shows throughout in the agitated brushstrokes. What a find. 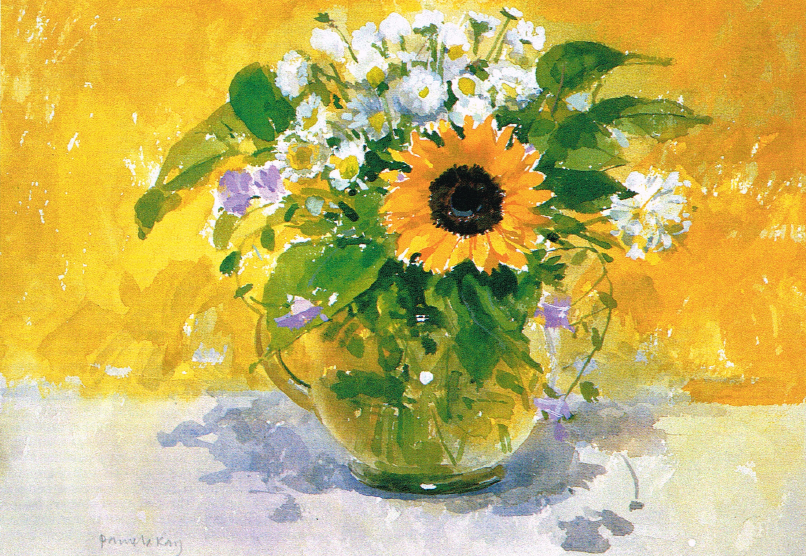 The unexpected often turns up as a gift, and this time it was in the shape of the reflection in the copper bowl in the watercolour of Copper Dish of Plums and Quince Jelly. The dish had been left casually on a pile of small wooden boxes on a table in the studio.

I had bought the quince jelly packaged in a pale blond wooden box, thinking it would be good to put in a still life. The Spanish painter, Melendez, painted boxes of quince jelly, a typical Spanish delicacy even in the 18th century, and I had studied similar boxes set at angles in his painting, Still Life with Oranges and Walnuts in the National Gallery.

The copper dish, the box and a cream-ware jug of damask-rich wallflowers arranged themselves into a companionable still life that had been sparked off by the warmth of colour and the unexpected revelation within the reflection of the dish.

In much the same way, the Chinese tea bowl, in Still Life with the Indian Cloth had been waiting to be painted since I saw it in a museum shop in Singapore. Add the startling effect of white violas placed without any thought of a painting in front of a richly embroidered tribal hanging from Cochin, and things began to happen. The striking tonal extremes of cloth and flowers came almost as a shock. 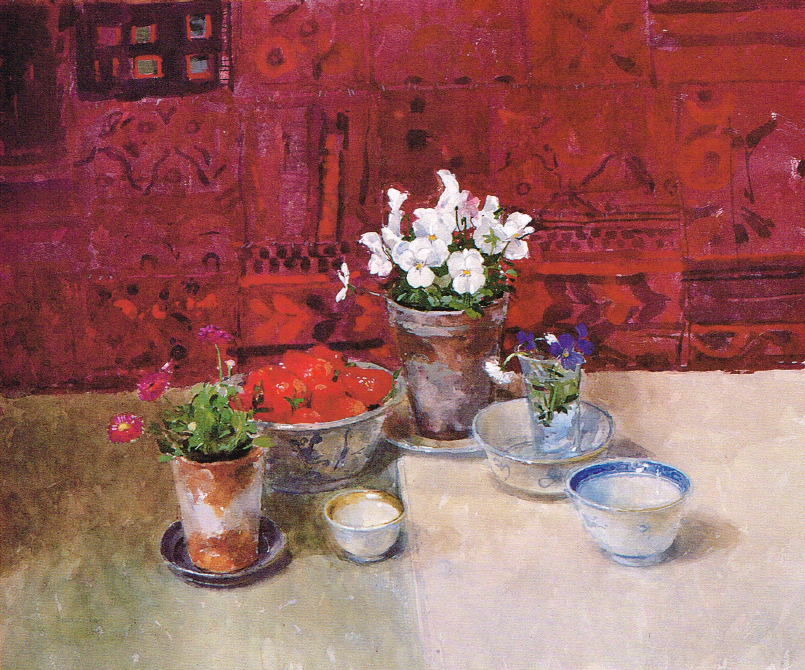 It is, as you can see, such a personal business. The sea and sky that pin one painter to the spot with an easel and a box of paints are not necessarily the same thrilling subjects for a flower or still life painter. It is the vital response that is necessary, and you have to be tuned in like a sensitive radio receiver to be aware of it. Equally, like a radio signal, this awareness can fade and re-appear at times.  It is elusive and is all in the eye of the beholder.

There is the clue to the whole business – the eye. Not to be bought along with the Whatman or Waterford at the art materials shop. You either have it or you have to work at having it.

Recently I went to St Petersburg and visited the newly-restored Peterhof Palace, just outside the city. In one of the dining rooms a long table was laid with exquisite china and glass as if for a banquet, the tablecloth strewn with flowers and expectations. It was magnificent. It would have been impossible to paint it on such a grand scale, but the feel of it and the ingredients were all catalysts.

The sight of such splendour and sumptuous beauty is a chance spark. It is something to warm your hands by until you return home and can distil the experience into something more attainable – perhaps a smaller, more domestic version, but a potential painting.

Having an observant eye is still only half of an indissoluble partnership. The other important part is a great love of painting. This may seem obvious, but I have always thought that a great part of teaching is a constant and consistent repetition of obvious facts. 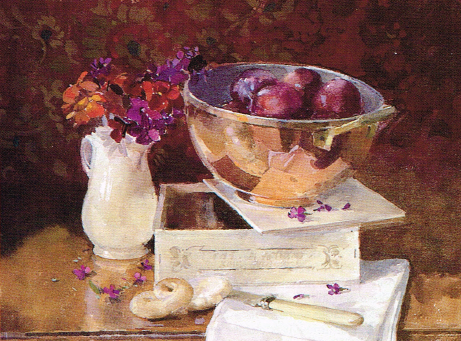 The next time you go to an exhibition, watch carefully for those paintings that catch your eye, then ask yourself ‘why?’.  The spirit that moved the artist should move the viewer too.

The other evening I was moved to congratulate the head of catering and hotel studies at our local college. He, with his staff and students, had prepared and served the prestigious annual gastronomic dinner.

I approached him reverently and thanked him. “It was even better than last year and tasted as if it had been cooked with great love,” I said. He became very animated. He clenched his fist, pounded his chest and said with great passion:  “If it isn’t cooked with love, it isn’t worth eating.” He meant it. 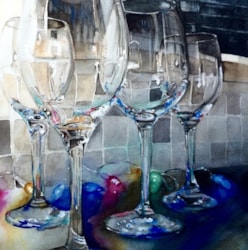 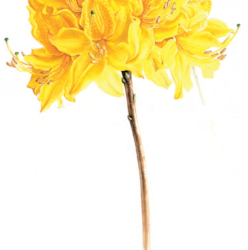 How to paint Rhododendron Lutem in watercolour with Işik Güner 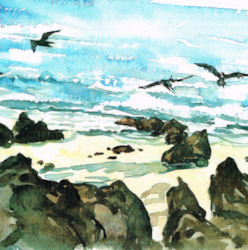 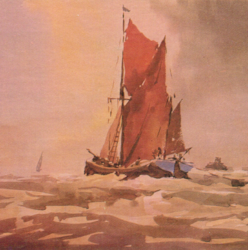 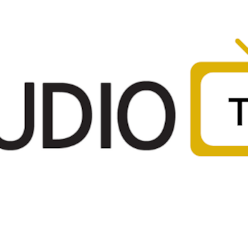 How to Stretch Your Watercolour paper with Tim Fisher 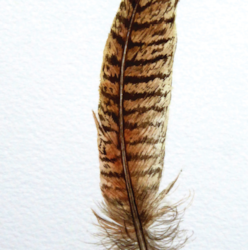 How to Paint a Feather in Watercolour with Paul Hopkinson 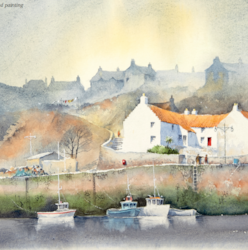 How to Paint Crail Harbour in Watercolour by David Bellamy

How to Chose Your Watercolour Paper with Tim Fisher

How to Paint a Farmhouse in Watercolour with Tim Fisher 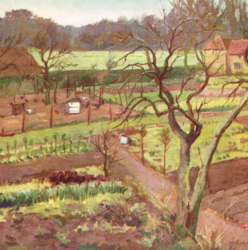