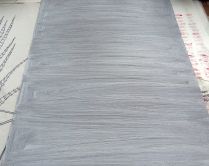 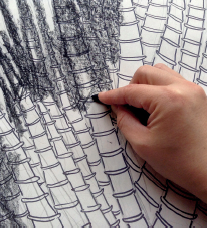 ‘Using compressed charcoal I rubbed over the front of the drawing, turned it over and taped it into place onto the lino. Then I traced the image onto the lino using a pen.’ 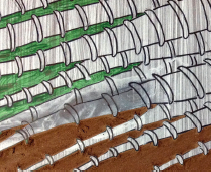 ‘Using a Sharpie marker I went over the traced image. This will remain on the lino in-between each layer and won’t wash off. Using a watered down green acrylic I painted in the areas I want to cut away first. Although time consuming, this makes sure you don’t cut away the wrong bits as in your mind you’re only cutting the green bits away.’ 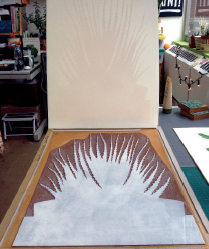 ‘Using Intaglio Printmakers litho/relief printing ink I mixed the first colour, a pale creamy yellow, which I applied to the entire block. I printed the first layer on Simili Japon 130gsm paper. The areas to remain this colour (the bands on the stems), were then cut away ready for the next layer.’ 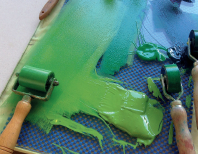 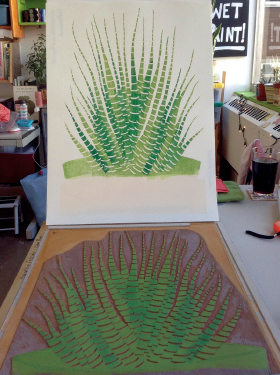 ‘Using small rollers, 2cm and 5cm wide, I mixed up three different greens. Concentrating on the plant and top of pot area I did an overall light green and then added darker greens to certain stems, beginning the build-up of tone and depth in the design. For the next layer some of the stems were cut away. Mixing a dark green, only some of the stems were inked up and printed.’ 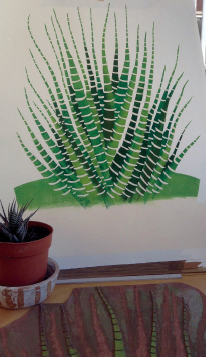 ‘At this stage I decided the plant was looking too dark so a couple of light greens were mixed and applied to give more tone and depth. At this point the plant section of the lino was complete and cut away.’ 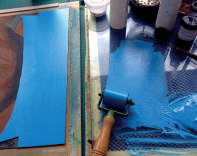 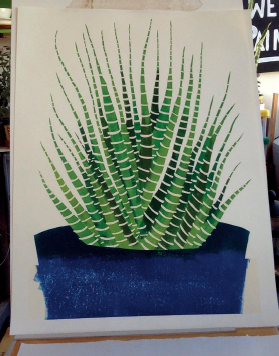 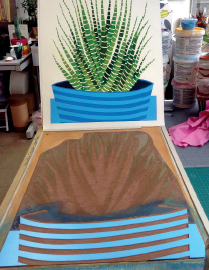 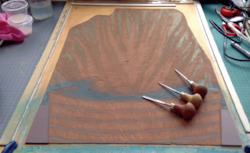 ‘You can see how the lino has been completely cut away after the pot was completed.’ 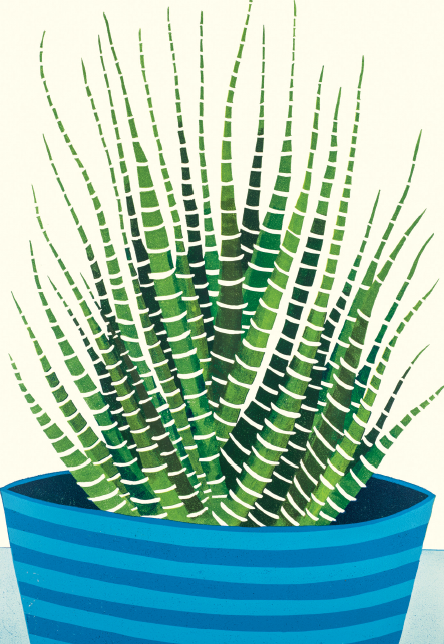 Click here to make a demonstration to make your own linocut print Christmas cards.

Kerry Day has a BA (Hons) in ceramics and an MA in multi-disciplinary printmaking from the University of the West of England (UWE), Bristol. She has participated in many exhibitions, art fairs and art trails. 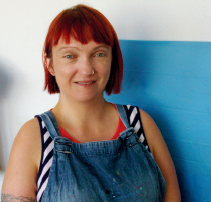 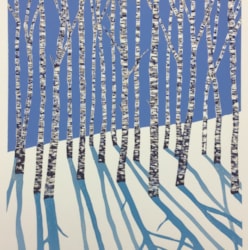 Make your own wintry print with Margaret Mallows 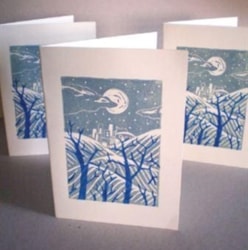 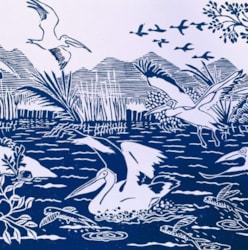 For the Love of Linocut 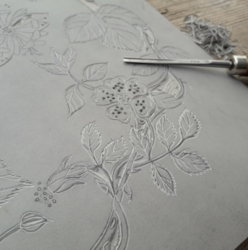 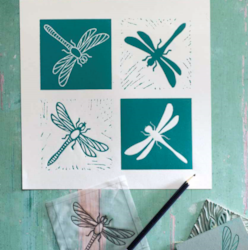 How to print a dragonfly 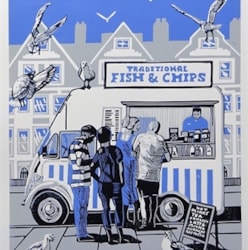 This is excellent. I love how some colors seem to flow through the canvas. Did you really use gravity to accomplish this? I want to recommend my favorite artists Pierre-Auguste Renoir, Frida Kahlo, Roberto Matta Gabino amaya cacho and Pablo Picasso.