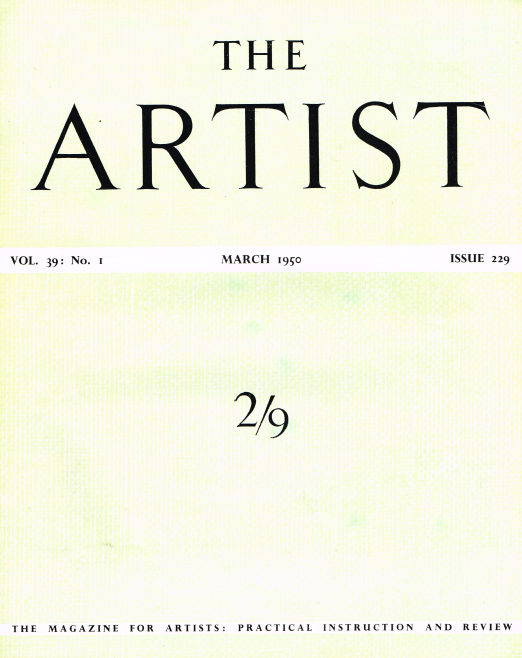 If one gives a youngster a piece of paper and chalk, one of the first things he will draw will be a roundish shape with two dots for eyes. Yet one is constantly hearing students comment that of all branches of pictorial art portraiture is the most difficult.  This is not quite true: It is not really more difficult to draw a face than a tree or a building, but it is perhaps more exacting. In a landscape it may not be essential that a tree is an exact reproduction of a particular tree; but in a portrait we must make not only a good drawing or painting of a head, but we must capture the likeness to the particular sitter, and this capacity to catch a likeness is something apart from the quality of the work. Many really first-class drawings are not really good likenesses; on the other hand, an easily recognisable likeness may be found in a poor drawing. Art teachers find that beginners often achieve something more like the sitter than they produce at a later stage, when they have begun to study more carefully the parts that make up a head: indeed, this often leads students to feel, quite mistakenly, that they are not making progress.

Two rather different things go to the making of a good portrait: first-class workmanship, which means good drawing and painting, and a good likeness. Both these are combined in the best portraits. In the Old Masters we generally take the likeness for granted, we feel that these fine pictures must be good likenesses; but in any case, the degree of resemblance to the sitter does not bother us. On the whole, the student should aim at a good drawing, a well-constructed head, and let the likeness take care of itself. To put the likeness first is taking a short-term view.  In the long run what will save the picture from oblivion is excellent as a work of art - which will be appreciated by all who see it, though they may never have seen the sitter. In this article I shall cite anything from my own practice that will be helpful to students of portrait drawing, with a brief study of the work of others.

A variety of materials are used in drawing portraits:  lead pencil; pen and ink; black, red, and brown conté crayons; different coloured chalks; soft and hard pastels; and charcoal. Most students begin drawing with pencil, which, as it is familiar to us from childhood, does not, like charcoal or chalks, involve growing accustomed to a new medium. Many splendid portraits have been drawn in pencil, which is hard enough to give reasonable precision of line, yet soft enough to give delicate gradation of tone. One calls to mind the pencil drawings of Ingres, of the draughtsmen of the sixties – Millais, Burne-Jones, Rossetti and the rest – and of such men of our own times as Orpen, Augustus John, and Rothenstein.

The only materials required are an HB pencil (the Bs are too soft and the drawing easily becomes vague and indefinite), a sheet of cartridge or other paper not too rough, and a soft india-rubber. A half imperial drawing-board is the most useful size, with paper about the same size. Whether working in pencil or chalk, at the elementary stage place your sitter about six feet away, with the light coming from your left.  Work with the drawing upright, not sloping, and not horizontal as for water colour, and have your drawing-paper as nearly level with the sitter’s head as possible. If you stand at an easel the sitter should be mounted on a ‘throne’ or platform, or you should work farther away from the sitter. If your subject is seated and no easel is available, a good substitute can be made of a straight-backed chair, and if the drawing does not seem high enough, place something on the seat to raise the board. Draw life size or a little less. Never draw small heads, for you will not easily see your mistakes, and it is especially difficult to estimate the proportions; moreover, it is difficult afterwards to get out of the habit of drawing small, of seeing things in a small way. Even if portrait study is a preparation for miniature painting, the advice is the same: draw large in order to obtain knowledge and get a good understanding of a head. 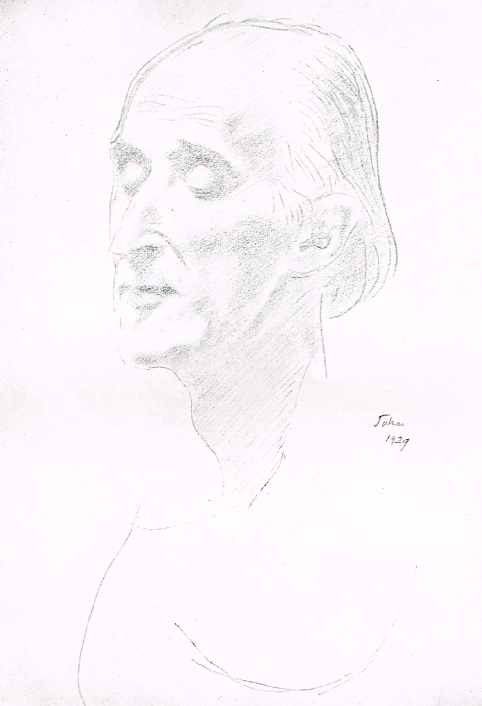 A front view of the face will, as a beginning, make it easiest for you to get the proportions right. A profile may seem easier; but actually involves more real draughtsmanship. Draw first the contour of the head, keeping it well up on your paper, and mark the division between face and hair. Draw faintly a line down the middle of the face, and mark three dividing lines, one marking the distance from the hair to the eyebrows, another under the nose, and the other at the bottom of the chin.  Note the proportions carefully: they are generally about equal. Fix the position of the eyes; the distance between them is usually equal to that across one eye. Observe whether the upper lip is long or short, and fix the position of the mouth. The ears, which are generally the same length as the nose, should be marked; notice whether the top of the ear is level with the eyebrow. In a profile the position of the ear is most important, for the hole acts as a kind of pivot, on which the head seems to swing, and it scarcely changes position if the head is leaning forward or backward.

Keep leaning back and looking at your work as a whole, or better still, get up and take your eyes off it for a little – it is dangerously easy to become accustomed to the faults. Continually compare one proportion of the head with the length of the head (most beginners fail to make the cranium itself large enough for the face); the length of the nose with the height of the forehead.

A looking-glass is most useful as a corrective, as the faults of the drawing appear more pronounced in a mirror. To draw the features satisfactorily it will be necessary to make studies of them separately:  the eyes, nose, mouth and ears close up.  Knowledge of anatomy is necessary, and an understanding of structure. Remember that the eyeball is really a ball, and that when the eye is open about one-third of the frontal surface is covered by the eyelids. It is placed in the eye socket, an angular, bony cavity.  Half an hour with a skull will teach you more than hours with anatomy books, but study both, if possible. Remember that the eyeball lies back in the head, well under the brow. Part of the circular iris (the coloured part of the eye) is always cut off above – otherwise the eye will stare. The lower lid will also generally cut off a little. When we smile the lower lid rises and the eyes tend to close: thus a portrait can always be made more amiable in expression by slightly raising the lower lid. The outer corner of the eye the lower lid appears to turn upward under the upper lid. In the three-quarter view of the face the outer eye is very much the same shape as the near one, but the outer corner is rounded off, and often lost altogether. In a profile see that the upper lid projects over the eyeball or the eye will stare, and do not place the eye too near the nose (a common failing): it should fall back under the brow. Perhaps the greatest difficulty in any view of the face is not the drawing of the eye, but placing it correctly. 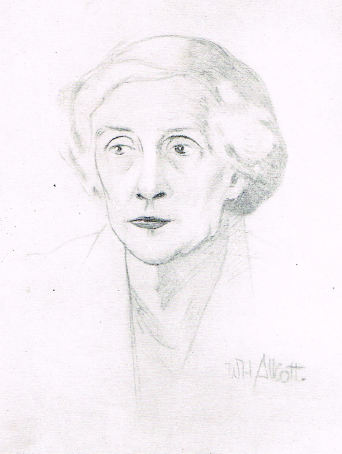 In drawing the nose, do not make the nostrils too narrow, or it will have a pinched look. It is often not the outline of the features, but the shadow line (where the shadow begins), that is most expressive; and just as outline flattens a drawing, so the shadows model it.

The most difficult position of the mouth is that seen in the three-quarter position of the head. The foreshortened farther half of the lips should appear smaller, and clearly go round the curve of the face. Keep rather faint the line running from the wing of the nose downward to the outside of the mouth, or the expression will suffer.  In a profile make sure that the upper lip overhangs the lower. 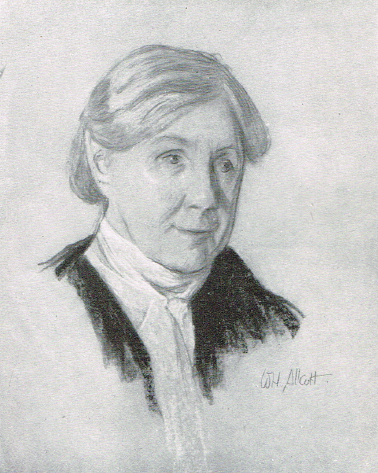 In drawing a head in a strong top light, notice particularly the shape of the shadows. These, if drawn and filled in carefully, will tend to express the form of the features, and will give a realistic, three-dimensional effect to the portrait. Very often, if the shadows alone are drawn, the mind will unconsciously fill in the rest. In the early stages draw rather lightly till you are quite sure of the position of the features. Do not make a lot of sketchy lines all over the drawing – draw slowly and deliberately.  Put in all that you can see. Simplification comes after the gradual shedding of much one would like to retain; it is ‘a radiant fullness from which needless detail has been removed’. 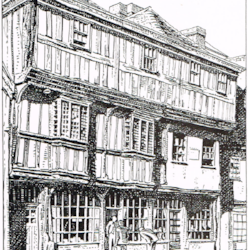 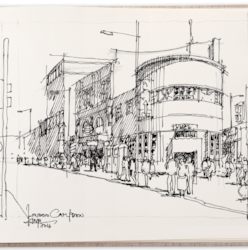 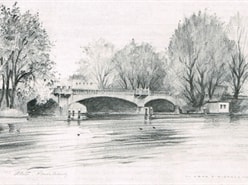 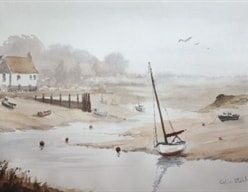 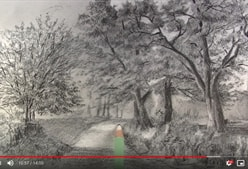 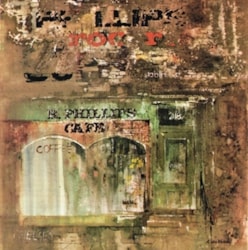 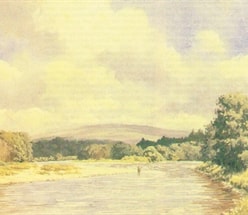 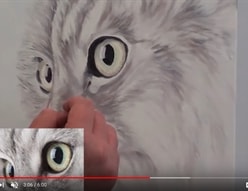 Selected Videos for the March 2019 issue of Leisure Painter 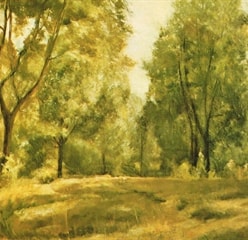 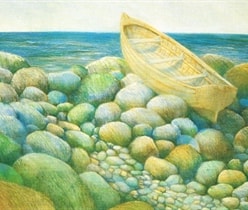