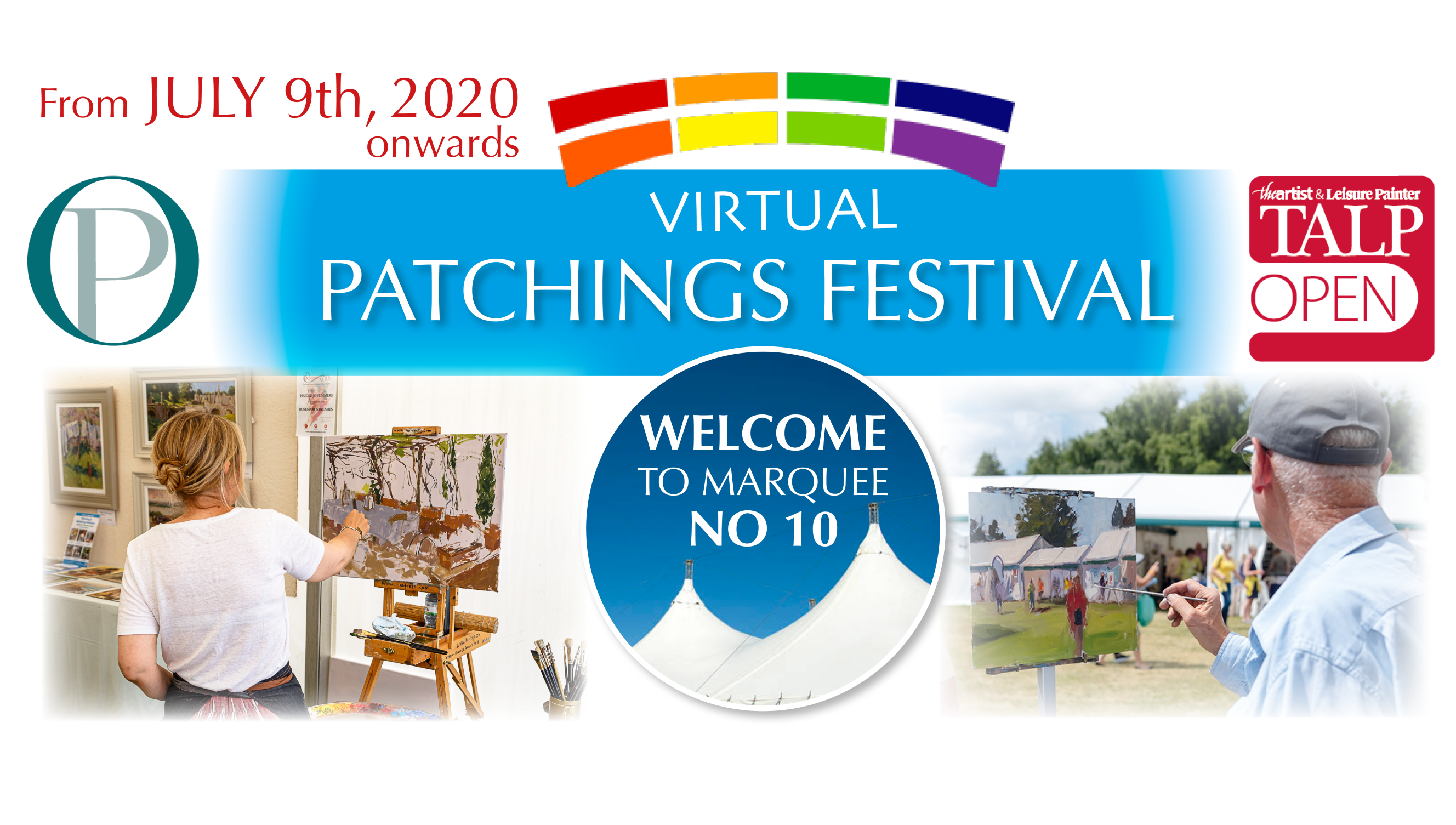 Capturing the body language and light in group situations is an endless source of pleasure; the light that connects the figures is most important, and painting the figures as one, not as isolated portraits, will keep the viewer focused on the essence of the subject. The difficulty with people in a painting is that the smallest things can have a major negative impact. For example, a severely overworked mouth on a child might only occupy one percent of the entire canvas, yet it can ruin the whole painting. The same could apply to a hand that is too big or small.  The only way I have found to deal with these problems is to be aware of them from the outset and tackle them early on in the painting process. Sometimes, in very loose suggestive pictures, everything seems to work, and although I start nearly all my paintings in a loose and suggestive way, there are very few that I can leave like that. 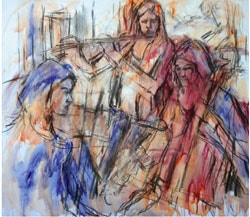 Using a large brush, I covered the white canvas with washes of acrylic, which gave me a middle tone and an approximate design. I then strengthened the design with a very loose charcoal drawing 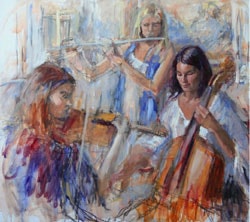 Working directly from the model, I painted the cello player, taking her to a point where I could work out the rest of the painting. After the sitting I very loosely – almost haphazardly – indicated the other figures in oil thinned down with lots of turpentine 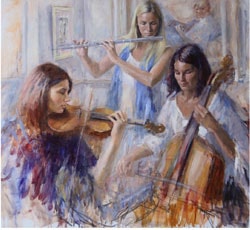 Working anticlockwise, I moved from the focal point and completed the flautist, using the cellist as a reference for her size and finish. I then moved on to the violinist. Most of my energy was spent on the important areas: hands, faces and instruments. I deliberately avoided overworking the clothing. 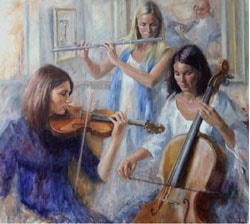 I completed the focal point, the cello player, and corrected the alignment of her features. Her mouth was fractionally over to the left, and the correction softened her considerably. I made a list of negative feelings and tackled those, resisting any temptation to fiddle on areas that were complete. I had thought that I would not have to put the violinist's other hand into the painting, but I realised that the inclusion of the bow hand was inevitable. Also, I didn’t like the way the cello bow cut the cello in half and decided that a different angle would be better. The flautist needed a little more strength, so I subtly increased the contrast. Although I wanted her to be softer than the other two figures I felt she was becoming a bit disconnected, almost ghost-like. 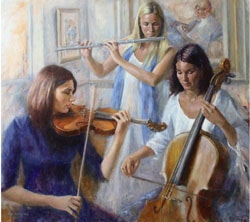 I was pleased that the figures did not become too isolated and there is still a feeling of movement in the painting. On the wall behind the figures is a portrait of my son playing a guitar – it blends in well with the colour and subject matter of the painting.

Head back to marquee number 10 for more virtual festival fun by clicking here. 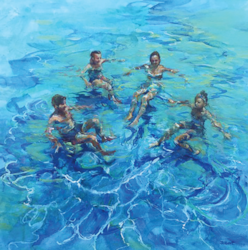 How to paint figures in a sunlit swimming pool 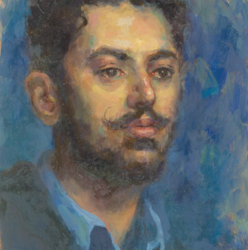 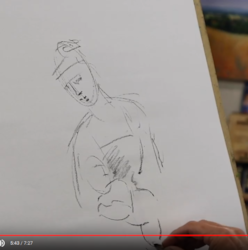 How to draw figures with David Stead 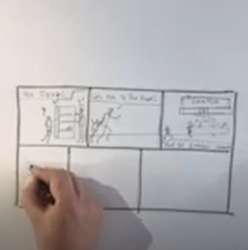 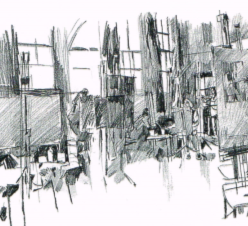 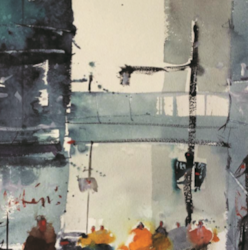 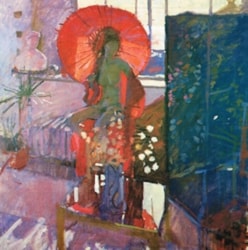 Painting the figure - a personal approach by Ken Howard 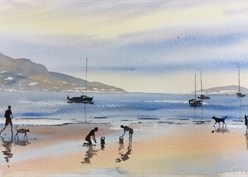 How to Paint a Panoramic Seascape in Watercolour with Dermot Brennan 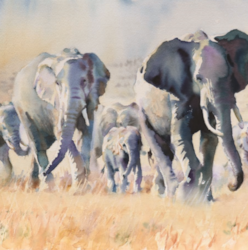 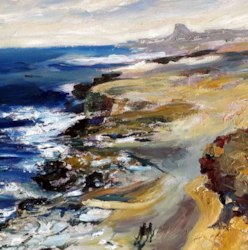 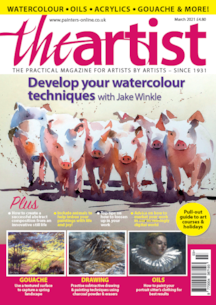