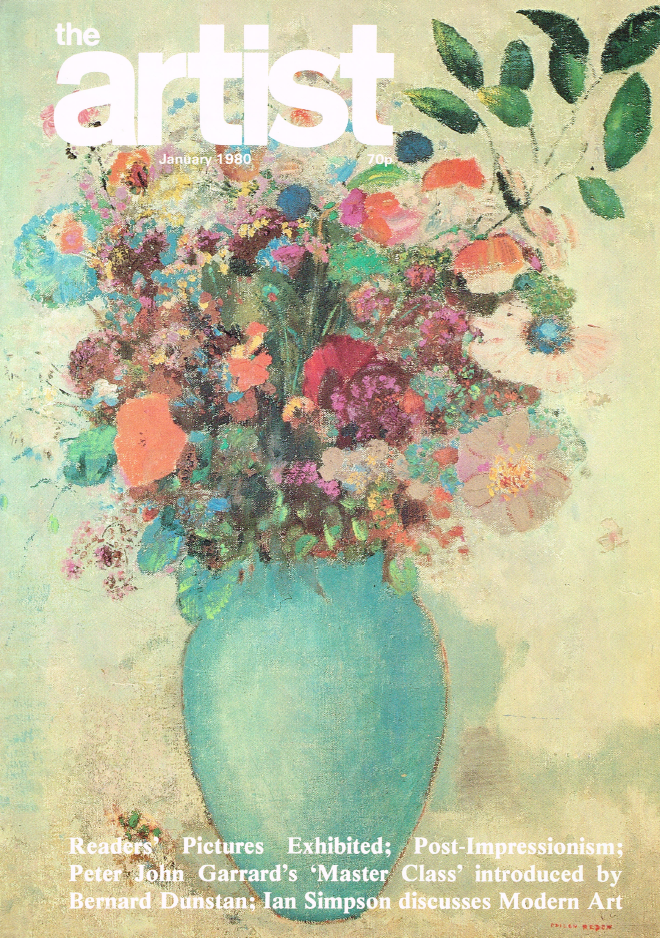 I am frequently asked, “How do you make an etching?” In this article I would like to take you through the many stages that went into making the etching A view of the Lodge House to Waterlow Park, Highgate, North London.

I began by visiting my chosen subject and was very attracted by the mysterious gothic architecture and the way in which the building was surrounded by foliage. The preliminary sketch (below) was initially concerned with picking out the definite shapes that would give strength to my composition and drawing. The column and gothic windows on the left balanced the weightiness of the posts on the right.  Once satisfied with the scale and composition of my sketch, I was ready to prepare the etching plate. I like to work on zinc; this is a personal preference as many people like to etch on copper because of its susceptibility to very fine lines. I find zinc is more adaptable – it etches much more quickly and a greater variety of line is possible. 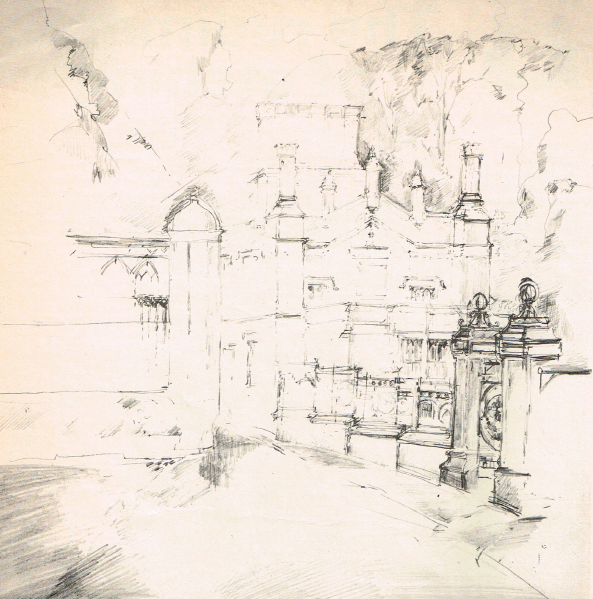 1.  Original sketch for my etching of The Lodge House to Waterlow Park

In this instance I was working on a plate exactly the same size as my drawing, therefore, the next thing I had to do was to reverse the drawing onto the plate; then make enough marks on the plate to establish my outline. I never simply trace a drawing and make an etching, for any etching is a continually creative process and it is only when the first state has been pulled that I know what I would like to add next to the plate.

An etching is like a painting:  It is not totally preconceived. Every mark that I make, when printed, tells me how I will continue. Hence the illustrations of the rough states 2, 3, and 4 before the finished plate.

The first state simply comprises the most important lines that will feature in my etching. These are made on the metal by drawing through the wax or ground – the acid-resistant covering on the metal etching plate. When my drawing is to my liking and has been checked in the mirror, I varnish out all the flaws and mistakes that I do not want to etch.

It is always necessary to work out how long an etching plate should stay in the acid. The longer it stays in, the deeper it etches; but the only way of knowing exactly how deep a line will etch is to do a test plate as in photography you would do a test strip to find out how long an exposure you need to develop a print. On my test plate I do a series of lines and etch them for different lengths of time, varnishing out each line as its exposure time to the acid is finished. When I have printed this small plate, I have the key to how to etch my drawing.

In the first state the lines of the foliage or trees were only etched for approximately six minutes; the lines on the building for eight minutes; and the gate posts for 12 minutes. Note the broadening of the line the longer the metal is exposed to the acid. On completion of the acid etching, the wax ground was removed, so the plate was ready for printing. 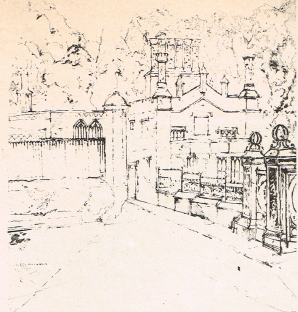 2.  The first state of the etching.  You can see that the strong outlines have been etched into the plate.

The anticipation of pulling the first proof off the press is tremendous! No matter how long you have taken over drawing up the plate, you cannot predict exactly how the acid will have worked on it. I also find it rather hard to identify with my own work for quite some time after seeing the first print, so I usually pull two or three proofs which I can then draw on in pencil to give me some idea of the next steps I want to etch on the plate. 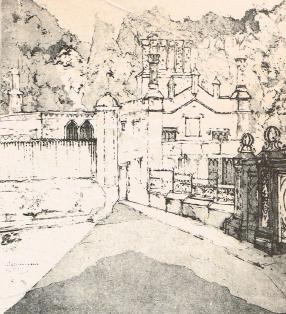 3.  Aquatint in various tones has been added to the plate.

A drawing usually combines line with tonal shading. In etching, a method often used for creating dark areas is Aquatint – developed in the eighteenth century for imitating watercolours. Many great painters have since been fascinated by the medium, from Goya to the present day. Aquatint is a resin dust that is dropped on a plate and heated until it melts; at which point it acts as a catalyst with the acid, giving a grain surface to the metal in which the printing ink will then adhere. I use several tones of Aquatint and also find its texture fascinating. In states 2 and 3 you can see how the addition of several different Aquatints has given strength and depth to the etching. Fine Aquatints have been put in the foliage of the trees with a coarse grain Aquatint over the top; additionally, the darker tones have been left in the acid longer. 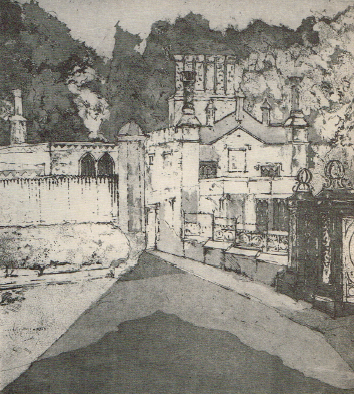 4. The final proof in monochrome. In this state textured Aquatint has been added to the plate.

Having examined the various preliminary states, let us know consider the final coloured illustration. Besides Aquatint’s uses as a shading medium, it also helps to hold the coloured inks in place. I hand-grind the inks I use for printing from dry pigments, and make my own inks as I feel this adds to the personal quality of my work, and makes it possible to obtain individual colours. 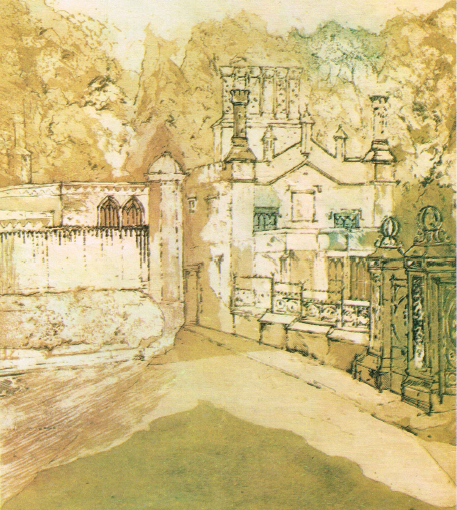 Hopefully, this article has explained the way in which I create an etching, although I do find that the reason I enjoy this medium so much is that every time I make a plate new techniques of biting the metal in the acid are incorporated, so each plate is a completely fresh venture.