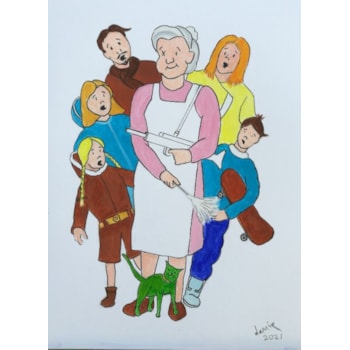 James Trueman has been selected as the winning artist in October's The Artist 90th anniversary challenge for his cartoon character, Mrs Bellispot, see below.

Each month we are inviting entries on a theme inspired by a key event of 1931, the year which saw the launch of the magazine.

As the Dick Tracy comic strip by Chester Gould debuted in October 1931, we invited artists to create their own cartoon character for this month's challenge.

James's charcater, Mrs Bellispot - housekeeper and SAS agent, certainly had us asking what adventures were to be had by her and the other figures in the scene! 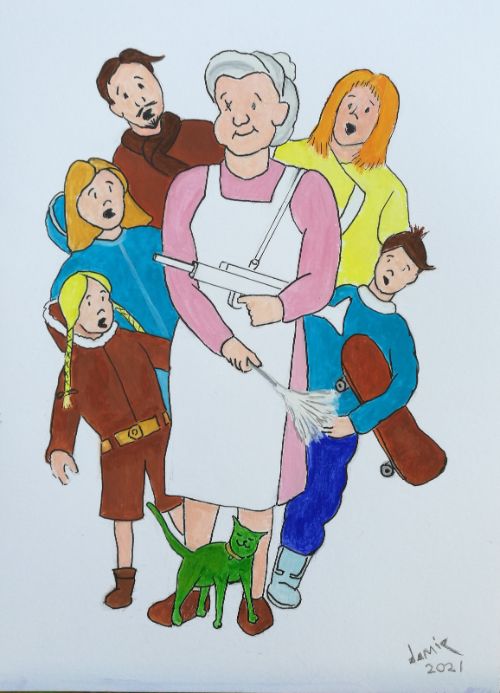 Congratulations to James, who wins a £50 voucher to spend on Search Press books.

All winning entries will also be featured in a 2022 issue of The Artist.

Look out for the final two challenges, offering you the chance to win, by visiting the competitions page.